If the past few years have taught us anything, it’s that representation matters. Our society continues to work towards a more just system where people of color can feel safe and welcomed in any and every scenario. This has bled over to the entertainment industry, with more films showing representation across all backgrounds, ethnicities, and people.

As many across the country celebrate Juneteenth becoming a federal holiday, we here at Go.Verizon.com take a closer look at some of the most searched films with a strong black lead in every state, not only the 10 states in which Verizon internet service is available. Black Panther, The Hate U Give, and Moonlight are just some of the recent popular films that have gotten people curious about the black experience. 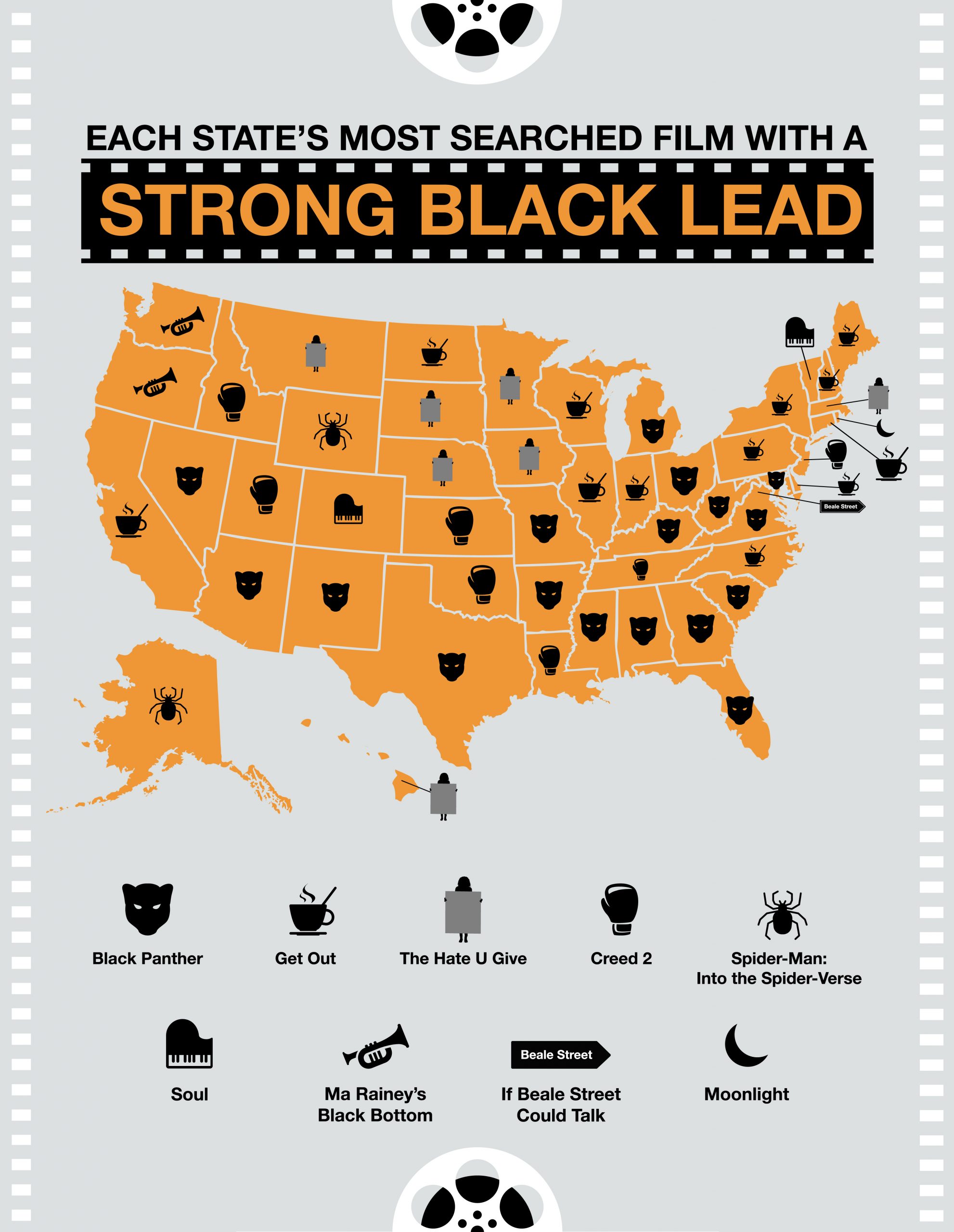 We looked at the Internet Movie Database (IMDb) to find the most popular movies with a black lead released in the past five years. When choosing movies, we looked at feature films released between January 1, 2015, through today. We only looked at movies with a user rating between 7 and 10 and a rating count of at least 10,000 in the United States (Sorted by Popularity Ascending).

After we got all the films that met our criteria, we sorted them by the Metascore (a weighted average of many reviews coming from reputable critics; the Metacritic team reads the reviews and assigns each a 0–100 score, which is then given a weight, mainly based on the review’s quality and source) to get our top 9 films. We then used Google Trends to determine which states searched the films most over the past 12 months.