Verizon Resource Center > Business Fios > Which network is better for your business? Fiber-optic vs. cable internet.

Which network is better for your business? Fiber-optic vs. cable internet.

Your small business needs fast, reliable internet at a reasonable price. So what’s your best option? Businesses almost always need a higher speed than you can get with traditional DSL, so that narrows your choices to fiber optic and CATV cable that comes with your TV service.

Digital connection defines the success of the modern business. Whether you run a local mom-and-pop or operate a blue-chip enterprise, a strong internet connection is the key to performing nearly every workday task. To get professional results, you and your employees demand an outstanding network.

So…what’s the best internet for your day-to-day?

To answer that question, you’ll want to start with the two most readily available networks: fiber-optic and cable internet. Read on to see how these two internet giants stack up and discover which one is the ultimate victor. 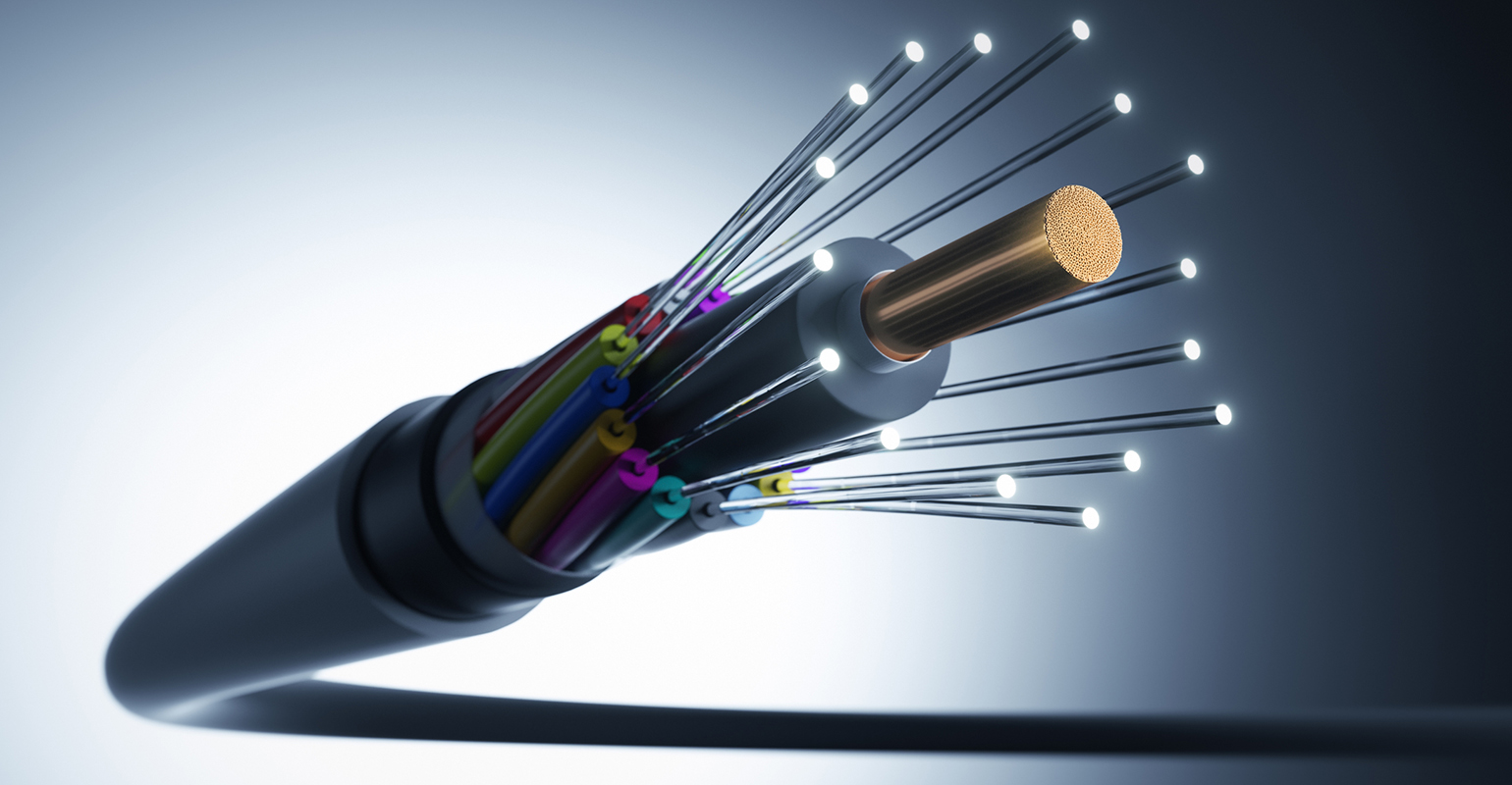 What makes up a fiber-optic network? Is a cable internet network the same thing as a TV cable network? Get answers to all of these questions and more.

What’s better than fast internet? Internet that travels at almost the speed of light. Unlike other broadband platforms, fiber-optic networks transfer data via glass fiber cables. Data moves in the form of flashes of light, as opposed to the electrical signals used in traditional copper cable networks. This makes fiber the most advanced form of internet connection currently available.

Comprised of coaxial copper cables, cable internet transfers data as electrical signals from modem to modem. You may have heard the term “cable” used in conjunction with TVs, and you’d be right to connect those dots. Cable internet piggybacks off of the pre-installed TV cable networks, making for a slower overall connection.

Cable internet also suffers from bottlenecking. Just like the way traffic backs up during an accident, high numbers of online users constrict cable networks during peak hours. With the network restricted, your network’s bandwidth falls—and no one likes a traffic jam.

Verizon Fios boasts the ever-coveted 1 Gig. 1 Gig, or 1,000 Mbps, is a high enough bandwidth to support over thirty employees simultaneously as they each perform data-heavy tasks, such as consistent cloud backups and live web editing and hosting. To learn more about the power of Verizon Fios Gig internet, click here.

Despite its shortcoming, cable internet speeds can still work for certain small businesses:

It’s not only about speed—internet needs to be both fast and dependable to support a modern business’ needs. Which network can support those needs the best?

If you guessed fiber wins again, you’d collect the pot.

Fiber-optic’s reliability comes from its ability to sidestep hurdles that trip up other networks. Since fiber-optic technology does not depend on electricity, it’s not susceptible to electromagnetic interference. In other words, power lines, high-voltage electrical equipment, and power outages won’t hamper the signal. Fiber also operates on a dedicated line, so your business won’t share its connection with others in the area—bottlenecks be gone.

In addition to its innate features, every Verizon Fios plan comes with access to 24/7 technical support. If something does go wrong, Verizon’s trained agents will make it right.

Cable internet is susceptible to a variety of complications, resulting in occasionally spotty connection.

Copper wiring has a series of disadvantages: copper wires weaken over time and with distance and are vulnerable to electromagnetic interference (i.e. bad weather, power lines, etc.). As mentioned above, cable internet is a shared network, resulting in slowdowns and potential connection gaps during peak hours.

Since fiber-optic networks deploy cutting-edge technology, they are less available for the average consumer compared to cable internet. Luckily, as a part of its ever-growing 5G network, Verizon plans to invest over $1 billion to grow its nationwide fiber network.

Fiber-optic internet tends to be a bit more expensive, as carriers have to invest in thousands of miles of fiber cabling to support cutting-edge speeds. Again, there’s a silver lining here: Verizon Fios offers several internet plans at varying speeds, so smaller businesses can pick plans with lower speeds and lower prices.

Cable internet, which builds on pre-existing television cabling, is more widely available than fiber-optic networks. Cable internet also tends to be cheaper, but buyers get what they pay for: slower speeds and spottier connection.

With faster speeds, greater reliability, growing availability, and competitive prices, fiber-optic internet is the ideal internet of choice for the contemporary, growing business.

To get a headstart on the competition, take a look at Verizon Fios for business plans and prices. Unsure if Verizon Fios is available in your area? Take a peek at the handy availability tool to track down Fios and take one step toward faster, more reliable business internet.