Verizon Resource Center > News > Where to fly your drone safely

Where to fly your drone safely

The world of technology has taken great strides over the years, but who would have thought we’d have flying robots? Drones, formally known as unmanned aerial vehicles (UAVs), have many uses for commercial entities, governments, and individuals. From capturing film for YouTube videos to taking photos for digital publications, drones are revolutionizing our lives for the better.

Drones have designated fly zones and laws that vary from state to state. Violating those drone laws could earn you a hefty fine. As drone enthusiasts, we sought to find out the best states for flying drones (aka the states with the most permissive drone laws).

To start, we looked at current state-level drone laws for all 50 states and placed them into 12 categories. We then ranked the states based on the categories they had laws referencing. After examining the results of our online search, we uncovered some pretty serious drone laws and laws that were so wacky they were hard to believe!

We’ve compiled our findings into a helpful guide for drone hobbyists, so you can easily record video footage for your YouTube channel in approved fly zones.

Laws relating to where you can fly your drone vary from state to state. For example, Nevada drone laws may look different from California drone laws. We found the states that are most strict to most lax when creating laws around drone flying. 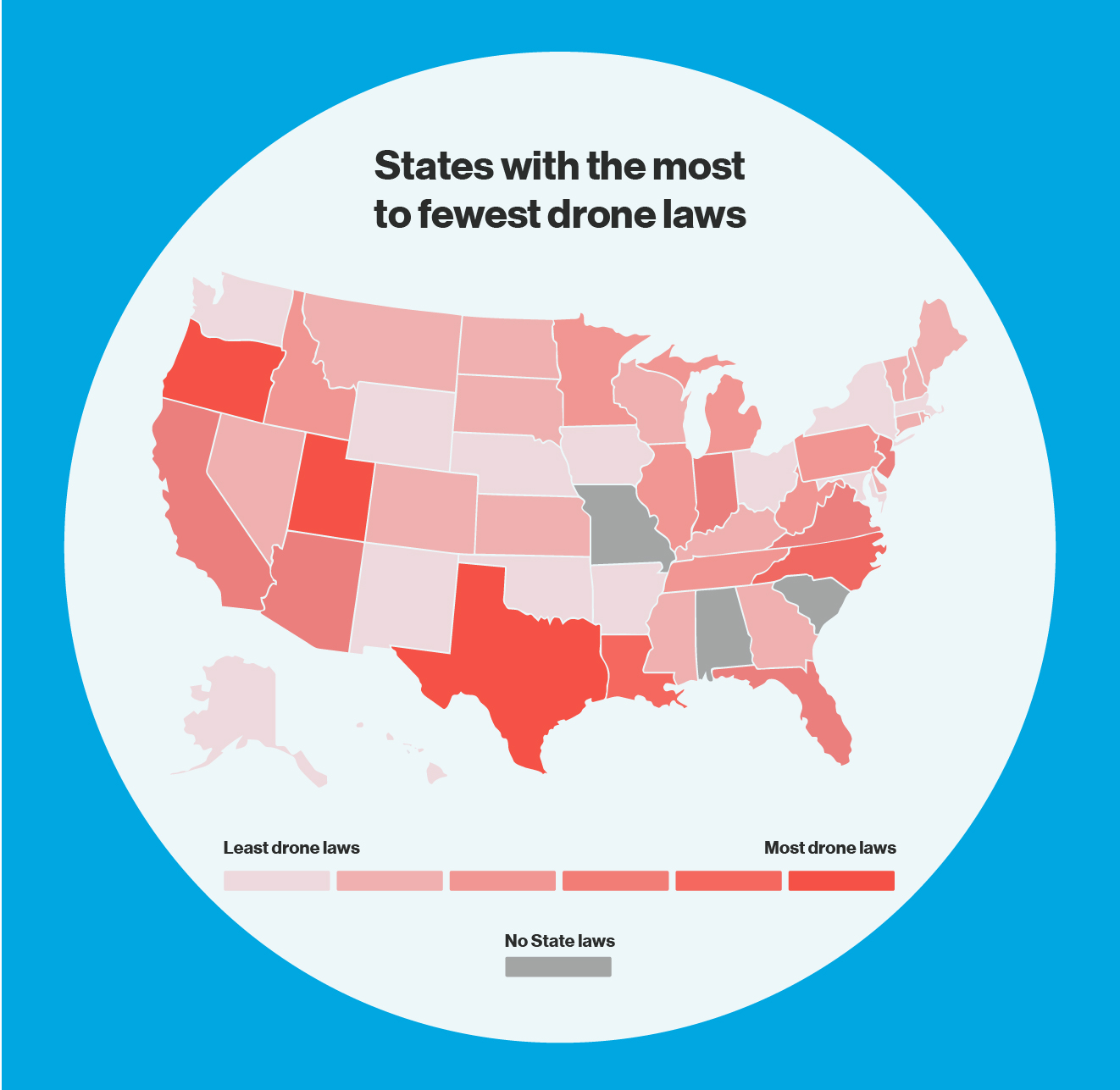 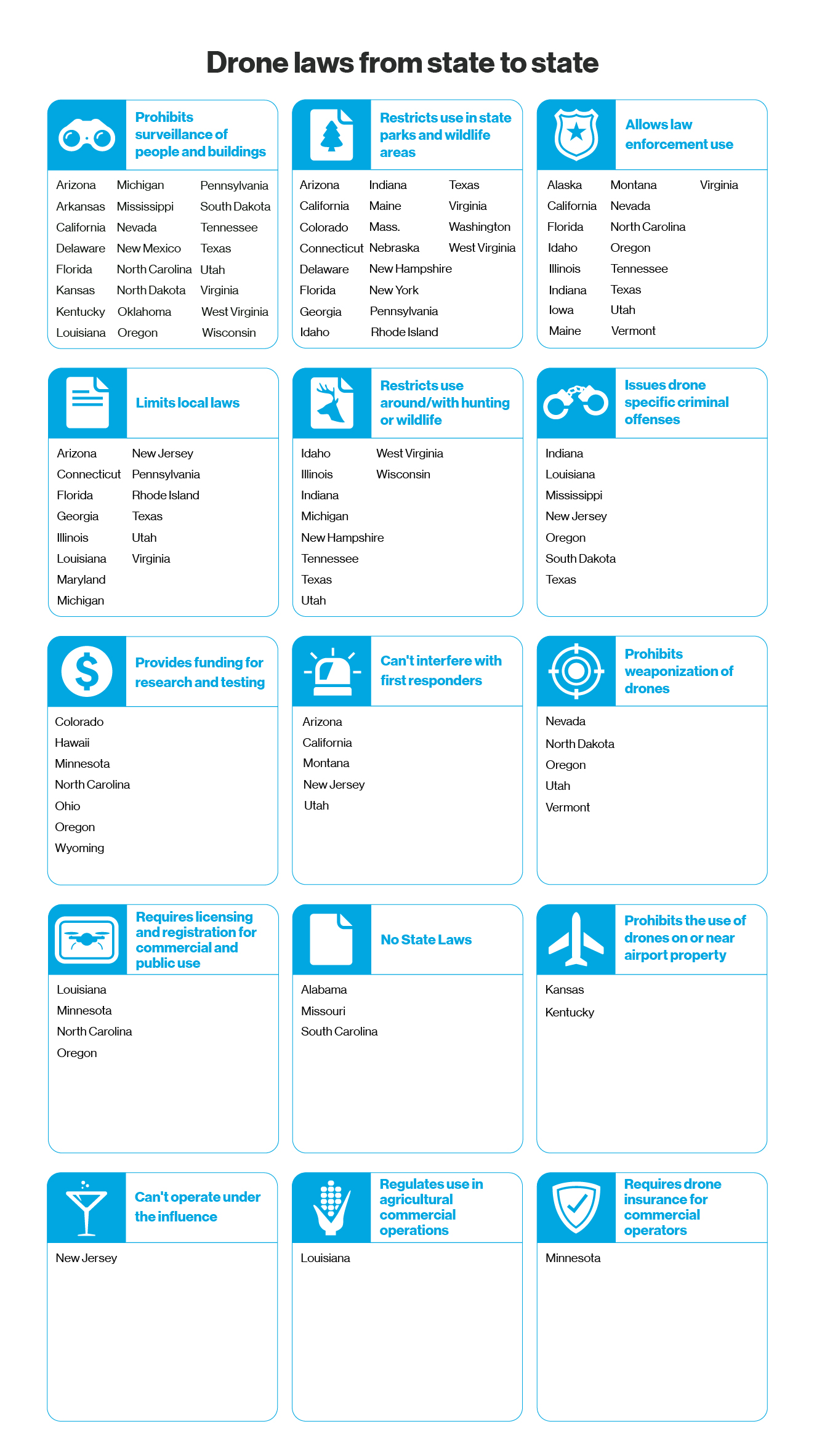 During our research, we found that three states, Alabama, Missouri, and South Carolina, had no state-level drone laws, while Oregon, Texas, and Utah all had laws for six categories. Surprisingly, New Jersey was the only state with a law related to operating drones while under the influence of drugs or alcohol. Minnesota was the only state that required drone insurance.

With 24 states enacting this law, the most common category was regulating how close drones can get to certain buildings or people. Those 24 states mentioned correctional facilities most often.

The world of unmanned aerial vehicles is a growing one. As drone technology evolves, the laws that accompany them will also adapt. Wherever you may be located, use this guide as a reference to identify approved drone zones for safe flying.